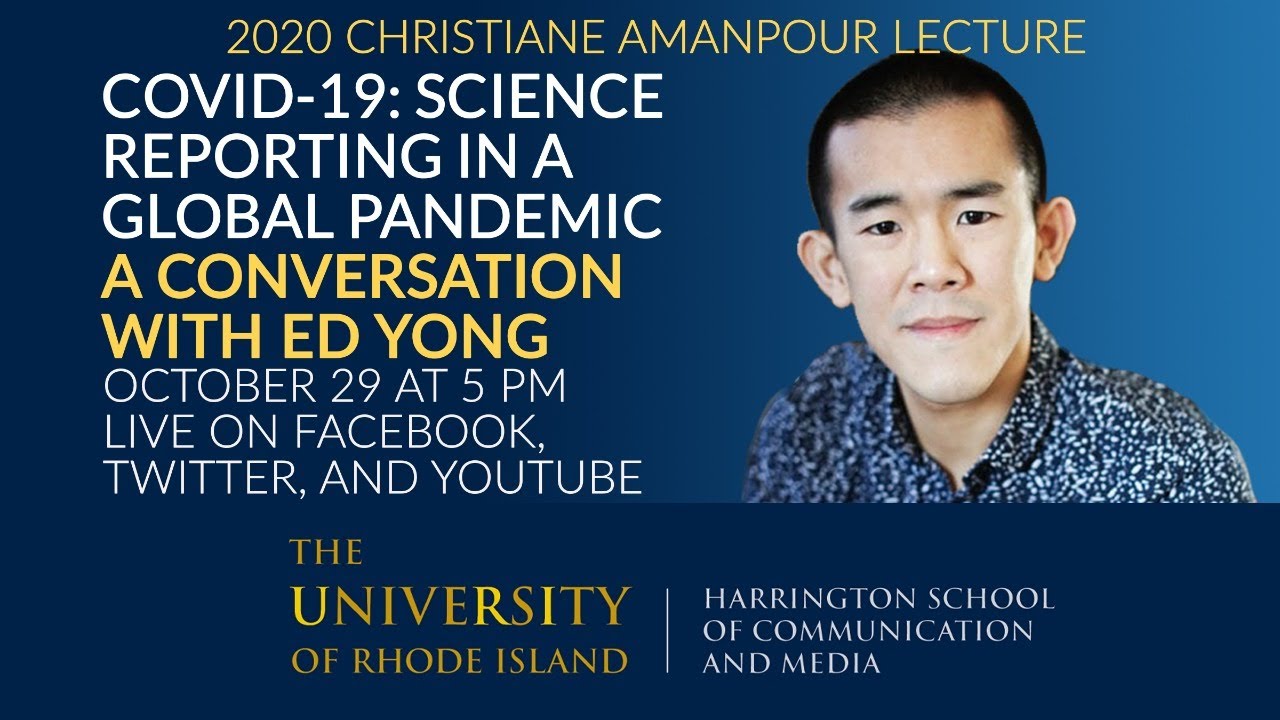 Ed Yong is a science journalist who reports for The Atlantic, and is based in Washington, D.C. His work appears on The Atlantic’s website and its print magazine; it has also featured in National Geographic, the New Yorker, Wired, Nature, New Scientist, Scientific American, and many more. He has won several awards, including the Victor Cohn Prize for medical science reporting and the Neil and Susan Sheehan Award for investigative journalism in 2020; the Michael E. DeBakey Journalism Award for biomedical reporting in 2016; the Byron H. Waksman Award for Excellence in the Public Communication of Life Sciences in 2016; and the National Academies Keck Science Communication Award in 2010. His TED talk on mind-controlling parasites has been watched by over 1.5 million people, and I CONTAIN MULTITUDES, his first book, was a New York Times bestseller.  His second book, AN IMMENSE WORLD, will look at the extraordinary sensory worlds of other animals. He has a Chatham Island black robin named after him.